After a month we are shipping new major release of jsreport. This release is mostly about bug fixing and updating integrated editor. See the highlights of version 0.1.0.

jsreport now uses Ace editor instead of CodeMirror. New editor is way more powerful and fits much better into jsreport.

First improvement you will mention is highlighted handlebars and jsrender tags:

Another great feature is code validations:

Third feature but deffinetely not the last one is intellisense. Press ctrl+space and check out intellisense pop up. 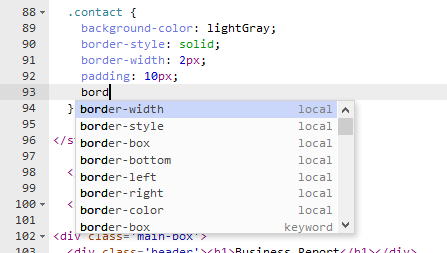 Another important change is a new style of writing helpers. Helper functions should be now declared as global functions. This is same for both jsrender and handlebars.

The old object based syntax is still supported but it should be avoided.

Another improvement in usability is support for hot keys in jsreport. Now you can type ctrl+s to save template or press F8 to preview report.